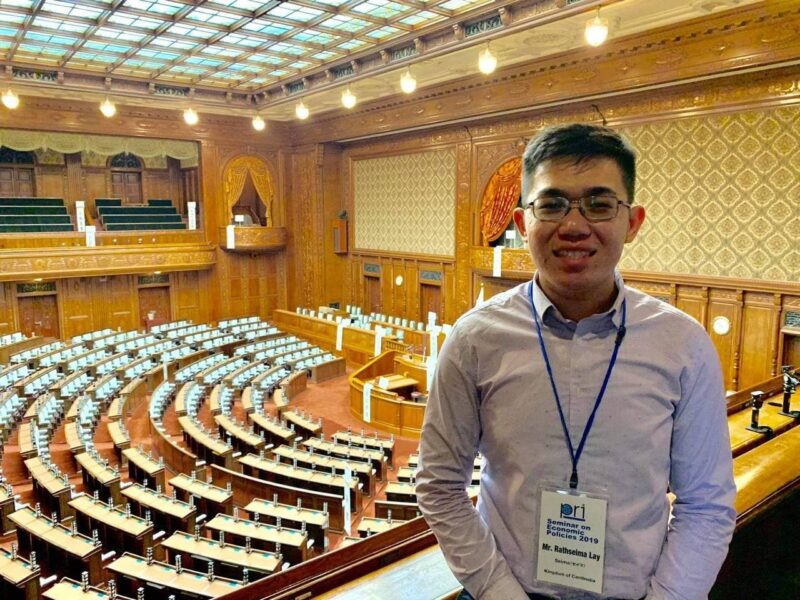 Rathseima Lay is an auditor at the General Department of Taxation, Ministry of Economy and Finance. He holds a high school diploma from Paragon International School (11th Generation) and a Bachelor of Banking and Finance at Paragon International University (2nd Generation). As an ACCA charter holder, he later received a Master of Science in Professional Accountancy from the University of London in 2019.

Finance was one of a few majors that he considered after graduating from high school. At that time, he chose that major because of his father’s recommendation. Later, he developed a passion for it as he pursued that study area until the postgraduate level. Finance is an interesting subject and can be applied in every part of our life, either personal finance, corporate finance, or public finance which he has utilized this skill and knowledge for his career up until today. Paragon International University is one of the top universities in Cambodia, so it is obvious why he chose Paragon.

After his first year, he got a chance to volunteer in the SEALNet Project and start building his social network. After the second year, he and his friends began Zaman Youth Club, a student club for social activities, and it was a very memorable experience for him. Then after his third year, he got an internship at PwC Cambodia in the audit division, which provided a strong foundation for his career. Finally, he graduated as a salutatorian of the class of 2016, majoring in Banking and Finance. All of these were his significant accomplishments during his academic year that he has always been proud of, in which he was able to gain substantial professional and memorable experiences.

After graduation, he got an offer as an external auditor at Deloitte Cambodia, one of the big 4 accounting firms in the world. Later on, he was invited by the management of Khmer-Soviet Friendship Hospital to help build up their accounting system. In September 2017, he joined the Ministry of Economy and Finance as an economist and worked on many areas of public policy. From April 2019, he passed the national exam and became a civil servant working on Tax Compliance Audit at the General Department of Taxation.

Currently, he works as a tax audit officer at the General Department of Taxation. His duty includes conducting a comprehensive tax audit on selected taxpayers. The objective of the work is to deter tax evasion and tax avoidance behavior of taxpayers across various sectors in our economy. In addition to deterring such behavior, his work can also generate additional revenue to support the government budget.

“I would advise my juniors to be curious, be explorative, be participative, and enjoy their journeys along the way. Happy times encourage you, while sad times teach you valuable lessons. Your skills and knowledge are important, but your attitude, the way you communicate, and how you respect others is at most important.”