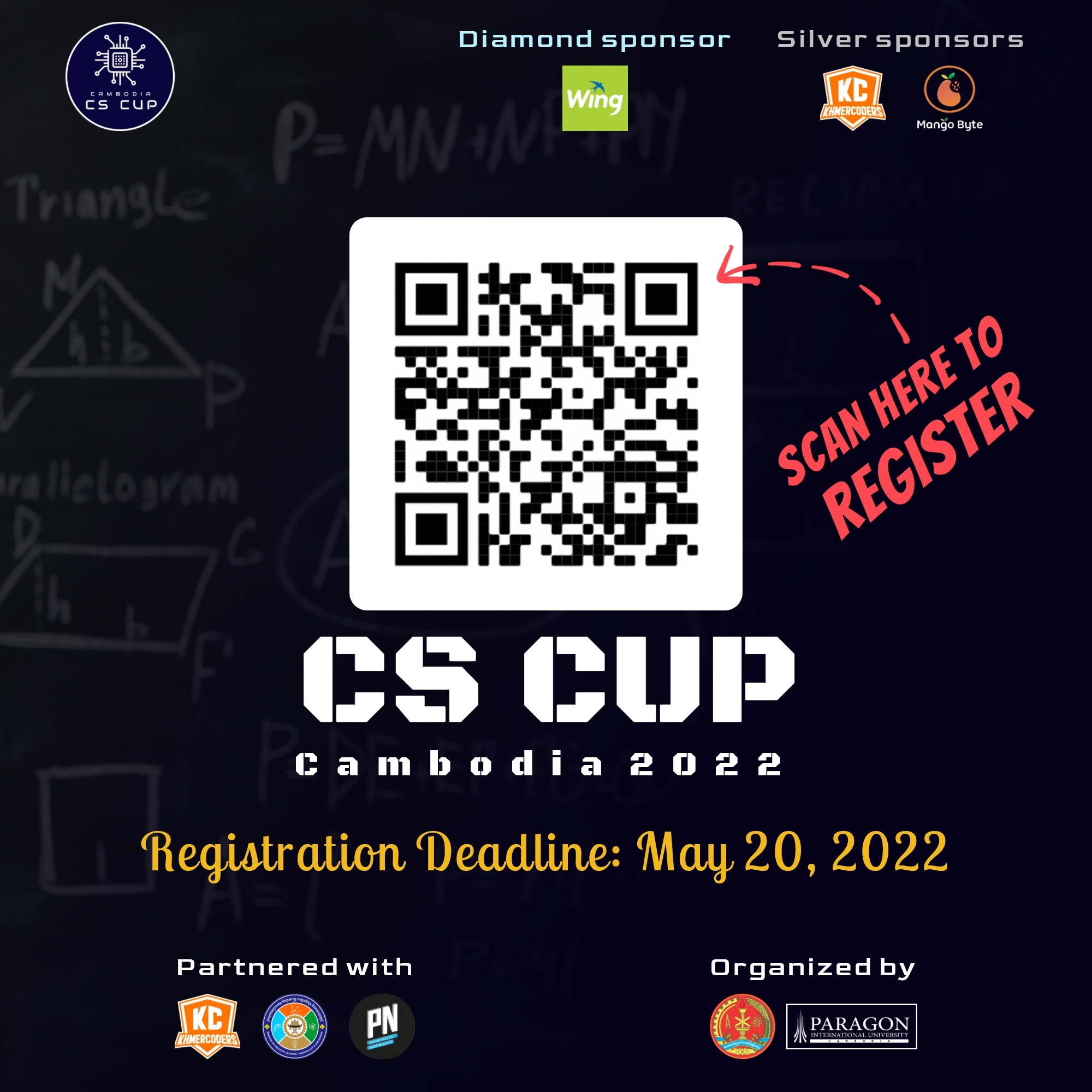 What is CAMBODIA CS CUP?

Cambodia CS Cup is an annual competitive programming competition organized by several Cambodian universities (Royal University of Phnom Penh, and Paragon International University) and partners (KhmerCoders Community, Passerelles numériques Cambodia), and sponsored by Mango Byte, KhmerCoders Community, and Wing bank with support from the Ministry of Industry Science Technology and Innovation where university students compete against each other as individuals rather than in teams.

Students have to solve algorithmic problems to advance through up to four rounds of programming challenges.

What is Competitive Programming?

It is free to join and open for everyone.

HackerRank (www.hackerrank.com) is a place where programmers from all over the world come together to solve problems in a wide range of Computer Science domains such as algorithms, machine learning, or artificial intelligence, as well as to practice different programming paradigms like functional programming.