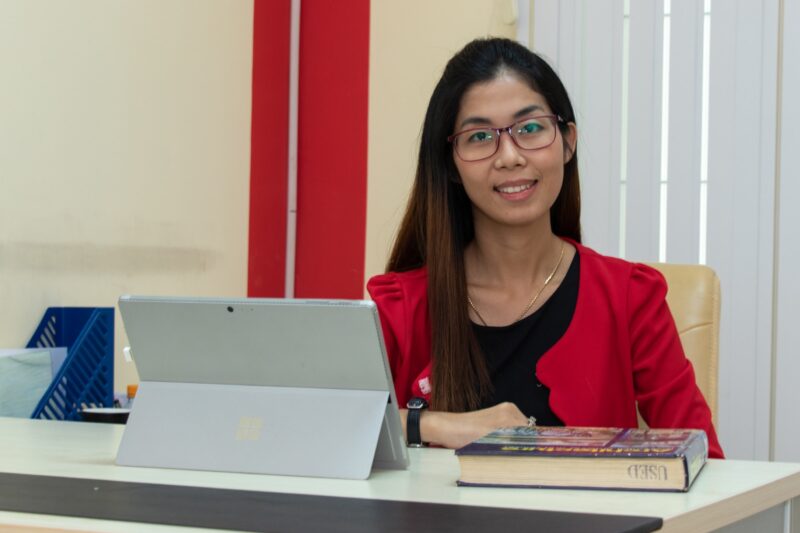 Vichera HEANG is the Head of the Department of Architecture at Paragon International University, Phnom Penh. She earned a scholarship from the Turkish Government in 2014. Vichera graduated with her Master’s Degree in Architecture from Gazi University, Turkey. She also holds two undergraduate degrees in Interior Architecture and English Language in Cambodia. During her academic years, she has participated in numerous Exchange Programs in different countries in Asia. Soon after, Vichera returned to Cambodia where she quickly established herself as a lecturer at multiple universities in Phnom Penh.
Her research area is in the field of sustainability and the traditional Cambodian house. Currently, Vichera teaches sophomore and junior students in Architecture.
When she isn’t glued to a computer screen, she spends time working in the garden, learning handicrafts and trying not to be the worst in sports.