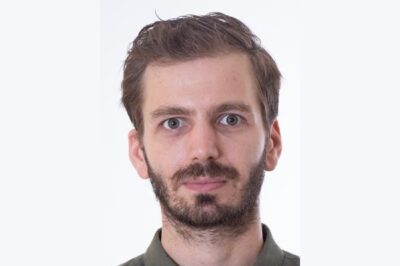 Ognjen Petcovic was born in Serbia, and he received a B.A. in Anthropology from the University of Belgrade. Throughout his studies, Ognjen focused his interests on research in cultural identity and intercultural communication. Driven to dive in deeply into intercultural experiences, Ognjen first attended a one-year painting and puppetry training at the Indonesian Institute of Arts (ISI) in Surakarta, which he received as a part of the Indonesian Arts scholarship (Darmasiswa) from the Ministry of Culture of Indonesia. After this, Ognjen strived to combine two of his passions – art and communication through various employments in Turkey and Austria. In Vienna, Ognjen assisted the production manager of Brunnenpassage Art/Social Space. There he was responsible for the monthly production of the Mixed Art Project, which aimed to gather various art performers and enthusiasts (music, theater, dance, visual art) to enhance one of the most culturally diverse communities of Vienna – Yppenplatz and to widen the level of interaction and mutual engagement of its residents. Ognjen is currently employed as an EPS instructor at Paragon IU, where he focuses on the development of oral comprehension skills in students, mainly through discussions, debates, and research-based projects. Ognjen’s interests revolve around social research – group debate among students who will later conduct independent research, and then model and present solutions to various social ills in their neighborhoods. He believes that rapid development and urbanization present a global challenge and that further focus on education and sustainability are the correct responses in terms of both economy and ecology.